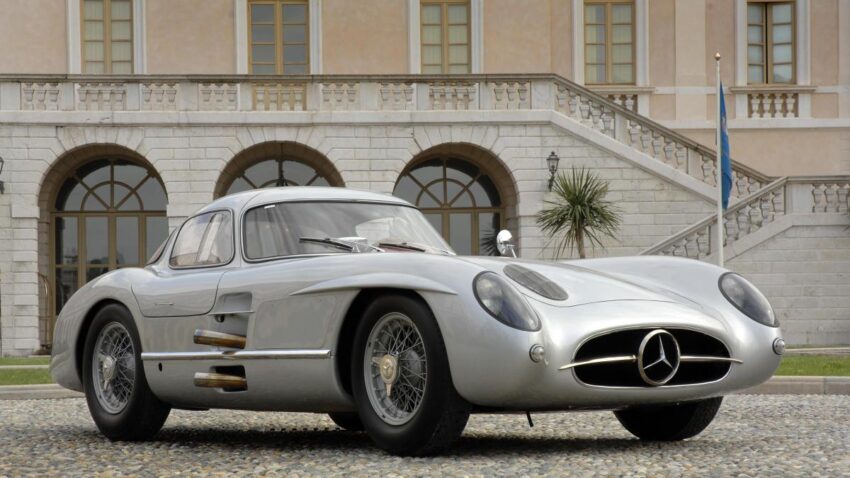 A rare Mercedes-Benz racing car known as the Mona Lisa of cars has been sold by the company for a record £115 million.

The 1955 Mercedes-Benz 300 SLR Uhlenhaut Coupé, one of only two of its kind, is a sister car to racing legend Sir Stirling Moss’s record-breaking open cockpit 300 SLR, which covered 992 miles in ten hours, seven minutes and 48 seconds on public roads.

The vehicle was sold to a private collector, the classic car auction company RM Sotheby’s said in a statement, fetching €135 million (£114 milion), almost triple the previous record auction price for a car, which was set in 2018 by a 1962 Ferrari 250 GTO that went for more than $48 million (£37 million).

The invitation-only auction took place on May 5 at the Mercedes-Benz Museum in Stuttgart, Germany. RM Sotheby’s said the vehicle’s high price placed it in the “top ten most valuable items ever sold at auction in any collecting category”.

Its sale is also a reward for the persistence shown by the British expert Simon Kidston, who had lobbied the German company’s board for 18 months to consider selling the car “that would never be sold”. Kidston’s bid of €135 million secured the vehicle for an unnamed collector.

“It had always been assumed that Mercedes would never part with one of the crown jewels of its company collection, considered the Mona Lisa of cars because of its rarity, racing pedigree, beauty and unavailability,” Kidston said.

The 300 SLR Coupé, recognisable for its unusual lines and butterfly doors, was modelled on the W196 R Grand Prix race car, which won two Formula 1 world championships in 1954 and 1955 with the Argentinian Juan Manuel Fangio in the driver’s seat.

Named after its creator and chief engineer, Rudolf Uhlenhaut, the vehicle was a development of the open two-seat sports-racing car built by Mercedes for the 1955 season and driven by Grand Prix greats such as Moss, Fangio and Peter Collins.

Moss’s record drive on the 1955 Mille Miglia has been described as one of the greatest feats of motor racing, when he and his navigator Denis Jenkinson won the 1,000-mile endurance race in a Mercedes-Benz 300 SLR, averaging 99mph.

Kidston said that although the auctioned Coupé’s design shares styling cues with the famous 300 SL “Gullwing” road car there was “almost no concession to practicality, as none were ever intended to be sold to private clients”.

Neither 300 SLR Coupé was raced, though they were used for practice.

A road test jointly conducted by British magazine Autocar and the Swiss periodical Automobil Revue in 1956 said: “Remember that this car is not for sale, and in this form never will be: it is a racing car adapted for road use with certain experimental objectives in view . . . It has to be mastered like a mettlesome horse.”

Commenting on the transaction, Kidston said: “A long-standing relationship with the Mercedes-Benz Museum helped, but even after 18 months of patient lobbying we didn’t know if or how they would consider letting the 300 SLR out of captivity until just before it happened. For everyone involved, and especially the new owner whom we represented, this was a once-in-a-lifetime chance to buy the Mona Lisa of cars.”

RM Sotheby’s said the proceeds from the auction would be used to establish a worldwide Mercedes-Benz Fund that would fund environmental science and decarbonisation research.